Shiny gold Porsche a danger to other drivers—German police

BERLIN — German authorities have ordered a blinged-out golden Porsche off the road for being too shiny. 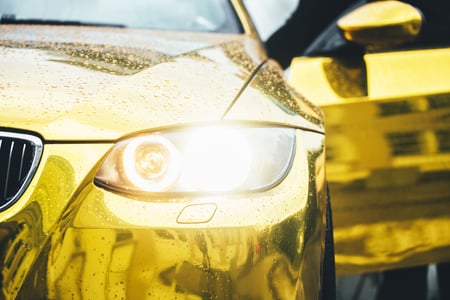 Hamburg’s Morgenpost reported Friday the 31-year-old driver was stopped in the northern city last week and was told his Porsche Panamera, sporting a reflective gold foil finish, might blind other drivers and was a danger. He was told to remove the foil and re-register the car, but police say he continued to drive it.

The driver was stopped again Wednesday and police took his keys, papers and license plate before the vehicle was towed to a garage. He was fined an unspecified amount and will have to remove the foil to make the car street legal again.

Morgenpost reports a Lamborghini owner nabbed at the same time with similar gold foil complied and removed it. NVG