All set for second season of Formula V1 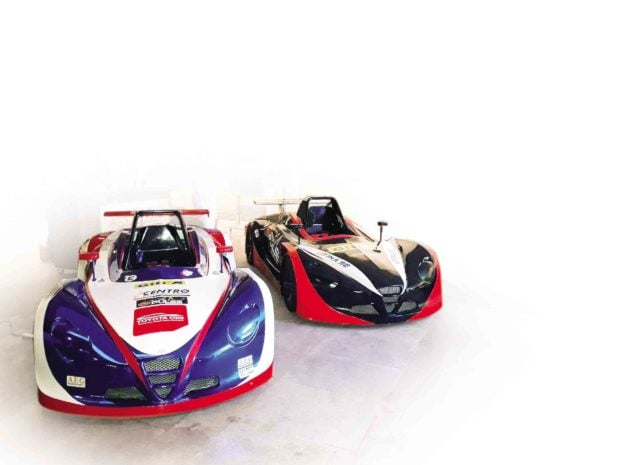 Now on its second year, the homegrown single-seater race program has developed one of the biggest racing grids in the country, with 16 drivers competing in 16 Formula V1 cars, establishing itself as the pinnacle of local motorsports in the country. Formula V1 has also solved the problem of motorsports sustainability by localizing the car—a collaboration between Tuason Racing and West Racing Cars Japan—for cost-effectiveness and ease of maintenance.

This year also celebrates Tuason Racing’s 20th Anniversary. JP Tuason, the CEO and founder, shared that “when I was racing professionally a couple years back, I was lucky enough to be part of a racing generation that experienced the pinnacle of Philippine motorsports. I started with karting, graduated to circuit cars, and was given a chance to race formula Toyotas locally, and level up to compete in Formula 3 internationally. I have seen talents such as Michelle Bumgarner and Marlon Stockinger, who not only dreamed of being in F1, but did so with a fighting chance of

“Sadly due to uncontrollable events, motorsports took a step back. But let’s stop looking at the past and move forward to the future—and it is bright.”

“With the growth of grassroots motorsports spearheaded by Toyota’s Vios Cup One Make Race program, racing is coming back with a vengeance. We at Tuason Racing in our long years in the motorsports business have always believed that Filipinos are made for racing, given the right opportunities and training, we can be a major player in any grid around the world. So when the this opportunity crossed our paths three years ago, we believed that this is the next important step in rebuilding Philippine motorsports and making Filipino Global Racing Champions.”

Phoenix Pulse Fuel Team, the other main sponsor of the series, completed the 2019 grid by unveiling the winner of their Young Drivers Program, a competition where hundreds of drivers tried out to become the next racing sensation in the Philippines.

The winner was Raffy Rabe, a 20-year old F.O.R.S. (FlatOut Race Series, the local time-attack series) champion. He will be taking the driver’s seat for the Phoenix Racing Team. The team also chose two stand-in drivers, Tara Laconico, a rising female karter from the ROK GP series and Patrick dela Rosa, another avid racer in the Philippine GT Series. These two stand-in drivers will compete at the Fomrula V1 Endurance race towards the end of the year, alongside Raffy Rabe in the Phoenix Fuels V1 car.

Formula V1’s Season Opener starts on May 18 at the Batangas Racing Circuit for Round 1. Rounds 2 and 3 will be held at the Clark International Speedway up north.