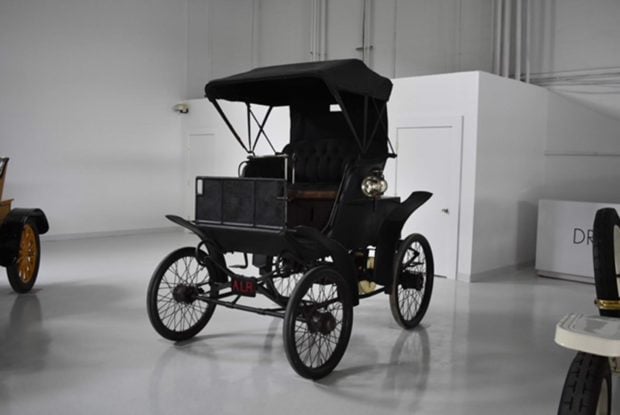 This electric Riker will head to auction on Aug. 15, 2019 in the United States. Image: The Worldwide Group via AFP Relaxnews

An exceptional Riker, from the American pioneer of electric cars, will be auctioned by Worldwide Auctioneers on Aug. 15, 2019, at the Pacific Grove auction during California’s Monterey Classic Car Week.

The fully electric Riker will be up for sale dates from 1898 and will be of special interest at the sale, which also features a 1931 Cadillac V-12 Roadster, a 1955 Alfa Romeo 1900 CSS and a 1961 Bentley S2 Continental Flying Spur. Its estimated value has not yet been announced.

Developed by Andrew Riker, this car reached 40 miles per hour (or a little more than 64 kilometers per hour), winning many races in the United States. In 1900, the car was taken over the Atlantic to be shown at the Universal Exposition in Paris. The car still has its original license plate bearing the initials of its first owner, Andrew Lawrence Riker.

The end of the 19th century was a busy period in the development of electric vehicles, such as in the case of the “Jamais Contente” (“Never Satisfied”) developed by Belgium’s Camille Jenatzy, which was the very first car in the world to go faster than 100 kilometers per hour (62 miles per hour). HM/JB