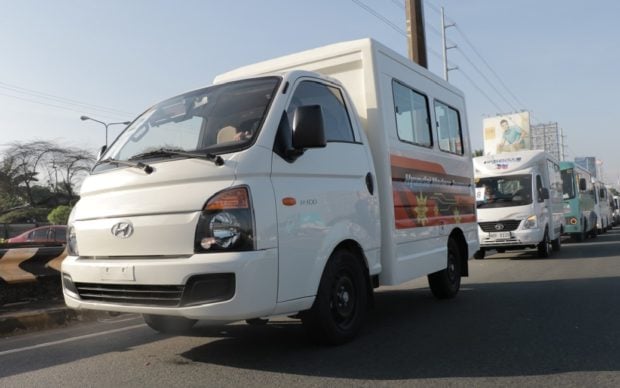 PHILIPPINE distributor Hyundai Asia Resources, Inc. (HARI) said it participated in the first Modern PUV Caravan held on July 4 as its expression of support for the government’s PUV Modernization Program. The caravan took off at the Quezon Memorial Circle in Quezon City and traveled to Clark, Pampanga.

HARI brought its Hyundai Class 1 modernized jeepney to the event.

“We laud the government for organizing this ambitious and important multi-sectoral caravan. HARI is proud to participate in this program that will reach Filipinos across the country and communicate to them the benefits of modernizing our public transport system,” said HARI president and CEO Ma. Fe Perez-Agudo.

After traveling to Pampanga, the series of caravans is set to go to Southern Luzon in September; key cities in the Visayas in November; and Mindanao provinces in January and February 2020.

The caravan’s main objective is to introduce the vehicles participating in the PUV Modernization Program to potential participants and transport groups outside Metro Manila. Government partners also aim to use the caravan to address the transport and mobility concerns of Filipinos across the country, according to HARI.

It added Hyundai’s Class 1 modern jeepney features a modified H-100 body running on a 2.5-liter CRDi, Euro4-compliant engine. The vehicle seats up to 13 passengers and has an automated fare collection system, CCTV, GPS tracker, LED signage, WiFi connection and a speed limiter. It is assembled in partnership with Centro Manufacturing Corp.