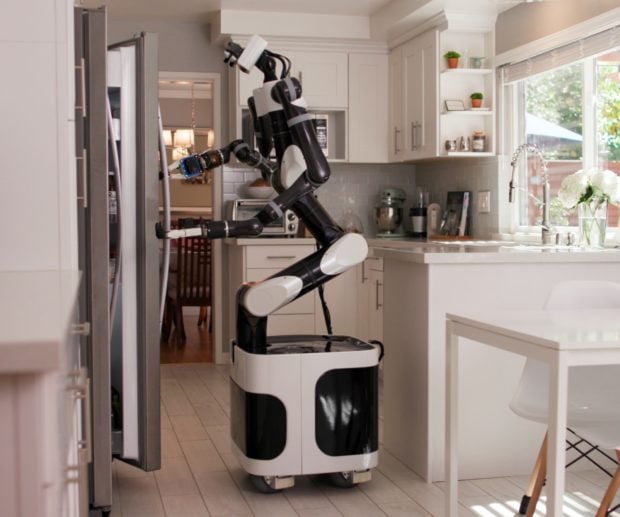 As many countries across the world are experiencing surges in the proportion of elderly persons in their populations, ensuring that all people are properly attended becomes increasingly difficult.

To address this challenge, Toyota’s Research Institute announced last Thursday, Oct. 3. that an at-home assistant robot was in development, one that had the capacity to continuously learn how to do new tasks in all types of homes.

These robots use cloud robotics and deep learning to share know-how with all bots in the network via a technology called fleet learning. It is the same science that enables Tesla’s network of autonomously driving vehicles to get better at traveling without human intervention. It allows the other robots to perform the same task in their respective environments.

According to Toyota, this technology allows the fleet to “achieve an exponential increase in robotic capabilities.”

New tasks can be taught to the robots by humans in addition to what is programmed within the software. Such fine-tuning gives the robots highly specific abilities, otherwise not developed by the Research Institute.

Even so, the robots will be delivered with an extensive repertoire of skills and the ability to adapt to different and evolving homes.

While these robots are being developed to help older individuals gain a higher quality of life, Toyota sees this technology also expanding towards manufacturing facilities. As of right now, only prototypes of these robots exist. The company did not comment on when they could hit the market. CL/JB

Shiny gold Porsche a danger to other drivers—German police