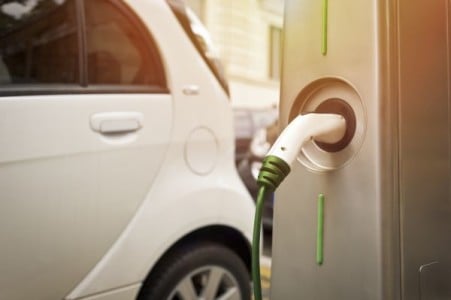 The cost of EVs isn’t expected to match the price of gas-powered models for at least another 10 years. Image: Adamo Di Loreto/IStock.com via AFP Relaxnews

MIT’s Technology Review reported Tuesday that the sticker prices of electronic vehicles are not likely to match those of their gas-powered counterparts as long as they are powered by lithium-ion batteries.

This news comes originally from the MIT Energy Initiative who stated that, “it’s likely to take another decade just to eliminate the difference in the lifetime costs between the vehicle categories” due to factors like fuel and maintenance costs.

The lengthy time duration predicted for the disparity in retail pricing will slow the EV revolution and likely result in governments having to push stricter mandates regarding climate pollution in order to encourage quicker adoption of EVs.

The main issue is that the decline in the cost of lithium-ion batteries is expected to lull over upcoming years as they “approach the limits set by the cost of raw materials.”

On the contrary, other research groups predict that the prices of EVs and traditional vehicles could be on par with one another within the next five years. These, however, fail to take into account the shifting price of battery constituents when calculating the final battery price.

Lithium-metal, solid-state, and lithium-sulfur batteries could eventually be used as lithium-ion battery alternatives, but it’s still too early in the stages of development for all these technologies to definitively determine their potential.

Despite these complications with existing and developing options, the MIT report suggests that the increasing number of automobile manufacturers launching EVs at varying prices will support the revolution and make it accessible for a wider range of clients. IB/JB