Watches and speed; Some time with race car drivers, race cars and a few fun watches 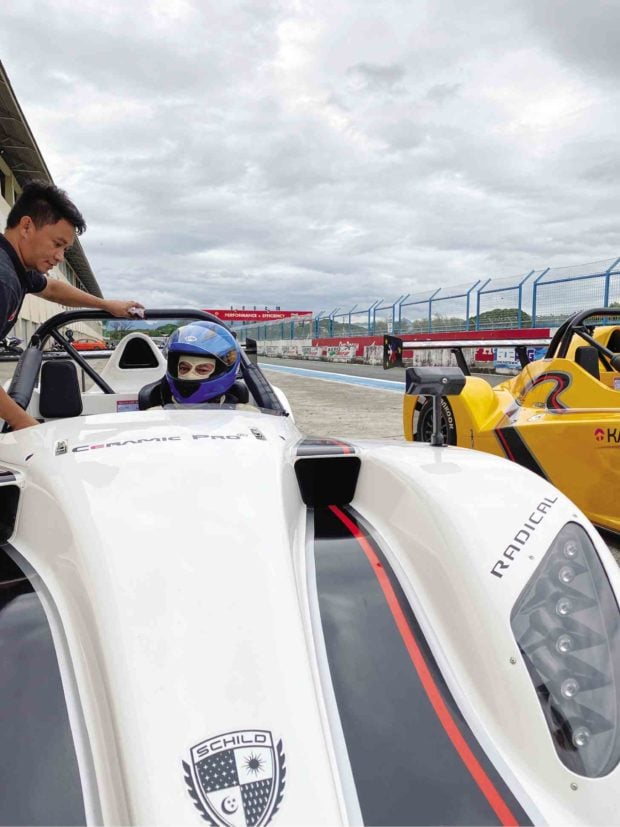 The author strapped into the Radical SR1 cockpit

It was kind of interesting how much the Rolex Daytona has penetrated the car enthusiast watch market. And I’m not talking about the recent craziness for anything with the crown, it’s pretty historical.

The other day we were doing racecar tests with the Radical SR1. Radical is what you call a prototype racecar producer, and they make cars meant specifically for track and race use. They aren’t one of the more historic chassis builders, but they are a newer company out of Great Britain and they have gained quite a following because of their combination of accessibility, predictable running costs and access to a global race network. The fact that they are insanely fun to drive is, well, a bit important as well.

Anyway, we were at the Clark International Speedway to test these cars, courtesy of Radical Cars Philippines. They have been inviting certain racecar drivers and enthusiasts to test the cars they have in-country (two test cars, two more client-owned one of which is almost completely insanely quick) with the aim of launching a one-class race series by the first half of 2020. So racecar drivers were coming in throughout the day to take the cars on some hot laps. And by racecar drivers I mean serious ones, series champions and national champions with experience locally, regionally and in some cases globally. What struck me was that the Rolex Daytona really still is (and was) the pit and paddock staple of many. Many years ago when we went up and down the Formula One paddocks to ask drivers specifically about watches, we saw the same thing. Drivers clearly associated that specific watch with their motorsports world. TAG-Heuer was another one they all grew up with and treasured, though in that case there were splits between which particular model had the most racing cred. Many favored the Carrera line, I personally leant more towards the bold square Monacos.

So it was serious drivers testing serious cars. And it was fun to see the watches always being handed off to someone before they got into the car. This is because these are extremely tight cockpits, and you slip your feet and legs through some rather tight places and pull your arms in to slip down into the racing seat. In many cases a large watch could interfere with pulling you out of your workspace in case of a crash or fire. Another important point was how tight this community is, that you can hand off a timepiece potentially worth more than some of the vehicles on the track to whoever is helping you out that day.

Back to the cars. They are hugely fun to drive. They are, in the case of the SR1 “starter” cars powered by a Hayabusa motorcycle racing engine and transmission tuned by Radical UK specifically for use in their cars. The cars as raced weigh less that 500 kilos, but have power output ratios that give them 371 bhp per ton. That’s a wonderfully light power to weight ratio. The cars are also built with aero, meaning they have adjustable aerodynamic wings and splitters that will really allow you to take curves much faster than you thought possible. This means an easy additional 40 or 50 km/h on a fast straight. It is a hugely comforting feeling to have the car hunker down as you take a fast sweeper at speed. Amazingly stable. 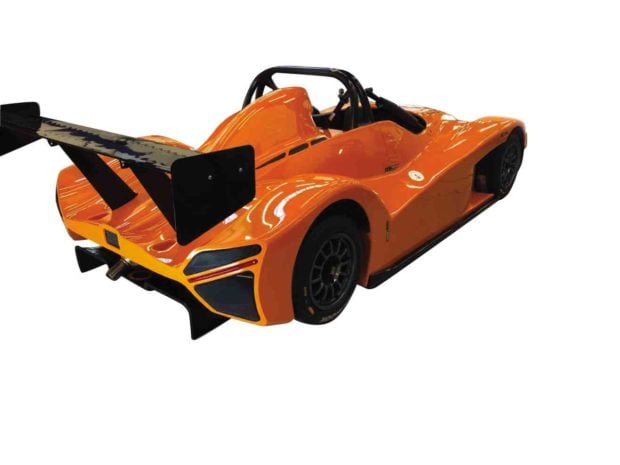 All this is part of a program called the Radical Global Racing Series, which basically gives you access to several races that are run throughout the year at some of the world’s most interesting, iconic, legendary and/or terrifying circuits the world has to offer. Want to see how Spa really feels in the heat of battle? You can, if you survive your local race series, choose to fly to one of the global races and jump into a car built to exactly the same spec as the one you are used to. And these aren’t road cars with all their different variances and differences, all these chassis units are purpose-built in one place.

We had brought a group to the track to help us that was somewhat new to life in and around a racetrack. One of them said that in no way does he want to drive on track, yet for many of us a racetrack is a comfort zone. There is no oncoming traffic (at least there shouldn’t be, in reality someone tried after what must have been a rather harrowing experience on a rather tall motorcycle), you can pretty much see ahead of you and the choice of speed is yours. You must remember though that racetracks are actually dangerous places, and even the experience of driving your road car or supercar with all its life-saving driving aids is completely different from driving a purpose-built prototype at speed. With downforce that changes as your speed does.

The end result of all these should be that we have yet another series that supports the local and regional enthusiasm for motorsports. This would be grassroots like the Vios Cup or club-supported like the Miata Cup, but neither would it be like the European touring cars. It should attract drivers and supporters that like the idea of sleek new purpose-built race cars adding yet another step to the ladder of racing in the Philippines. For inquiries, one may get in touch with RadicalCars Philippines’ Ricky Galang/Enrique Hormillo at [email protected]